Over the March break our Elite Basketball teams both competed in their Provincial and National Championships.  The Senior Girls Basketball team began their OSBA provincial playoffs.  After steamrolling through the first two, our Lady Lions ran into a high powered Capital Courts Academy out of Ottawa.  After a dismal start, the Lion’s were down 16 points at halftime. In the second half, the Lions came out on a mission. Led by the hot hand of Rebecca who poured in 21 points in the second half, and Aaliyah Edwards who finished the game with 29 points and 14 rebounds the team won a nail biting game 71-70 to capture the OSBA Championship.  Aaliyah Edwards was named Finals MVP for her monstrous performance throughout the playoffs. One game saw her post a stat line of 31 points and 21 rebounds. The Lady Lions complete the goal set last year which was to go undefeated in Canada. The ladies finished the season with a record of 40-4. 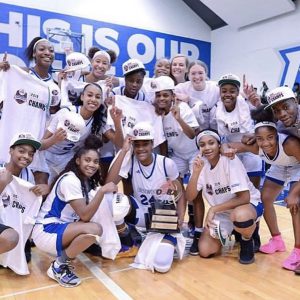 The following weekend the Senior Boys Basketball team competed in the NPA championships.   The Nationals was a 12 team tournament with teams from all across Canada. CPC faced off against Oakville Basketball Academy in the Quarter Final game on Thursday evening.   CPC took an early lead and never looked back winning the game 111-86. This moved CPC on to the semi-finals on Friday evening. We matched up against Toronto Basketball Academy and in a tight game defeated TBA 102-91.  The Championship matchup saw CPC playing against Edge Academy, the third seated team from Albert. CPC went into the 3rd with a large lead, but Edge came out strong after the half and narrowed the lead, making for an exciting 4th Quarter.  But it was CPC who came out on top winning the National Championship 97-83. Congratulations to all the team members and coaches on an amazing season. Special mention to Jahcobi Neath who was named to the 1st team All-star and was MVP of the League; Luis Pacheco who was named Defensive Player of the Year, and Kobe Antwi who was named Academic Player of the Year.

This wraps up the most successful season in Canadian High School Basketball.  Winning 6 CISAA Division I championships, a Provincial championship, and a National Championship.  This success is due to the hard work and participation of over 75 student-athletes, 12 coaches, and supportive teachers and administration. 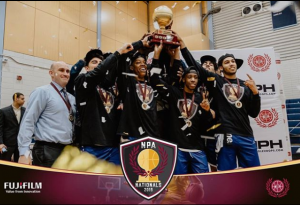 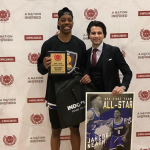 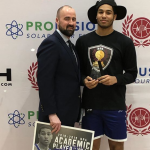 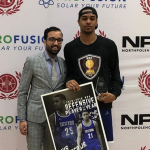 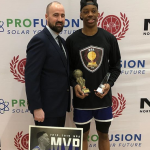