On Tuesday, December 10, Crestwood invited Vera Schiff to come speak to Mrs. Winograd’s grade 8 class about her experience in the Holocaust.

Vera Schiff was born in 1926, in Prague, Czechoslovakia, to a middle class family. After the Nazi invasion of the country in 1939, her family became marginalized at home until 1942, when they were deported to the concentration camp, Theresienstadt. She would be the lone survivor from her family. Theresienstadt is also where she met her future husband, Arthur Schiff. Vera has written 2 books about her experiences during the Holocaust:Theresienstadt: The Town the Nazis Gave to the Jews and Hitler’s Inferno: Eight Personal Histories from the Holocaust.

Crestwood is grateful that Mrs. Schiff could share her knowledge and experiences with us. 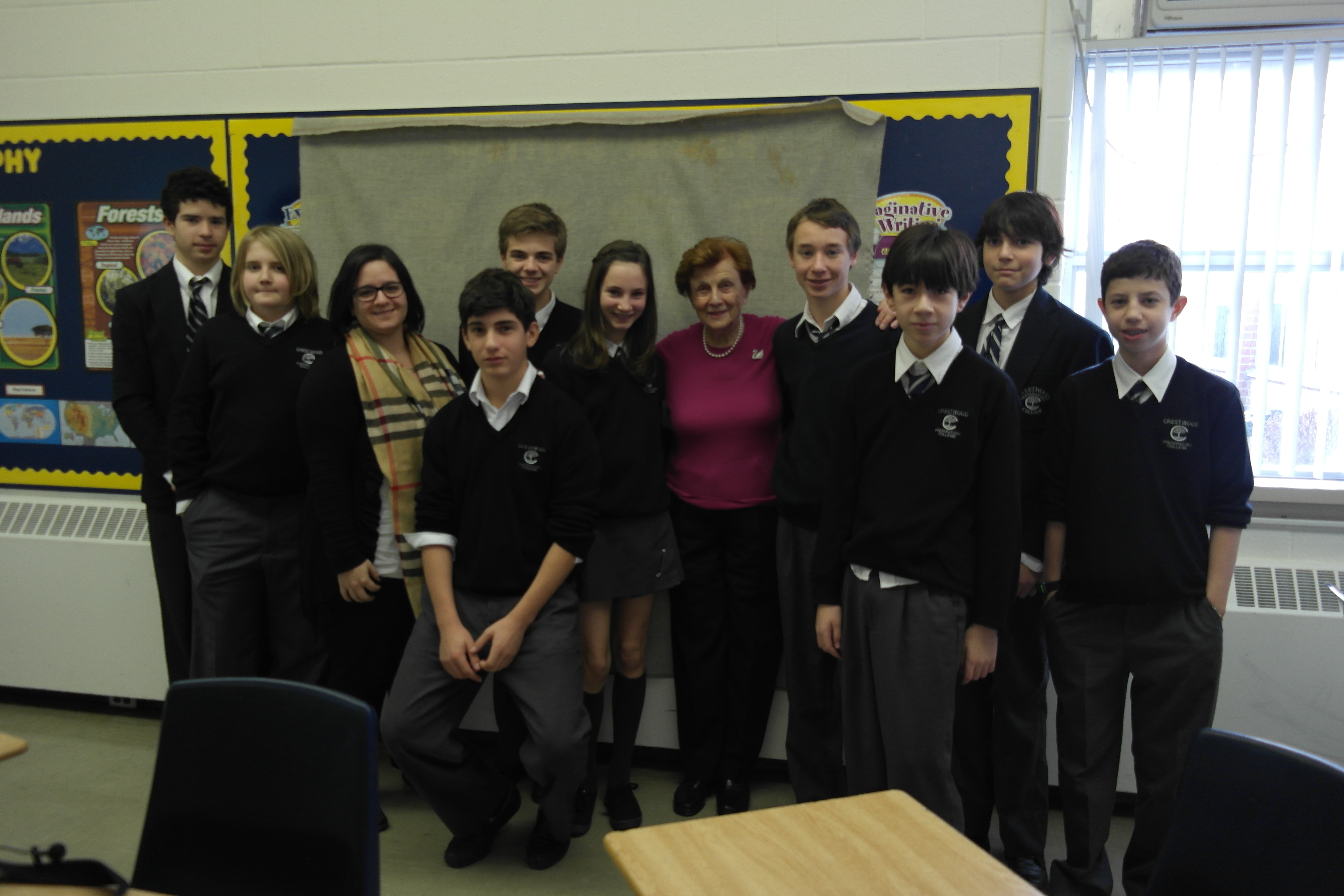