This past Saturday (February 24th) members of the U10 Basketball team came together early at Crescent to finish off their whirlwind season. The season started great with a few big wins followed by a slump in the tail end. Without reservation the team was ready to put a confident cap on their season.
Facing off against Bayview Glen first Crestwood took the lead early in the match. In the end the U10’s would hold off a late Bayview Glen rush to win 22 – 10.
In their second matchup Crestwood tipped off against Tournament host Crescent in what was an energy filled domination of their opponent with a strong 28 – 8 win.
The team’s toughest challenge would come in their third and final game against Sterling Hall. Having matched up once before at the beginning of the season they knew to expect a good challenging game.
Despite both teams playing hard earlier neither team was willing to give up any ground and both came out with maximum energy.
The SHS sharks would take the lead going into half leading Crestwood by 6 points. Not willing to concede the championship the U10’s collected themselves at half time and buckled down to take a 2 point lead going into the final shift. After tying things up a few times Crestwood would take the lead one final time and hold on for a heart pumping 22-20 championship win.
Congratulations to all members of the U10 basketball team on their development and work over a long hard season. 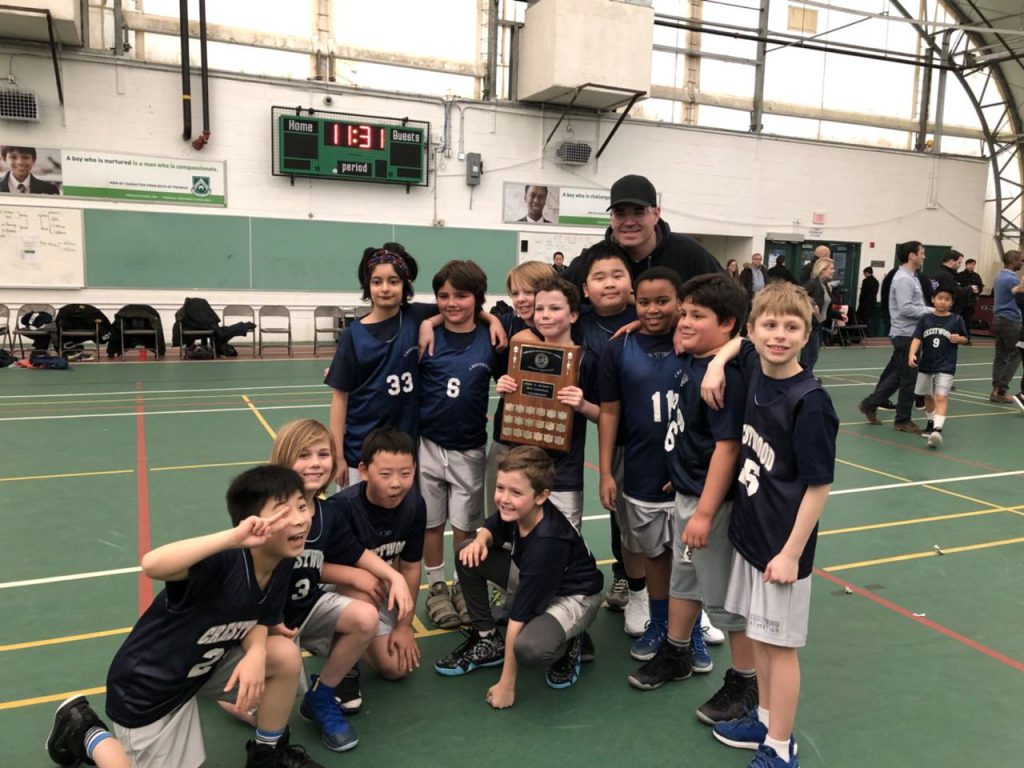