On Monday, Mr. Jull led a group of Grade 7 and 8 students to the Mattamy Athletic Centre at Ryerson University to participate in the Toronto Regional Heat of the Kids Lit Quiz competition.  This is an international contest where teams of elementary-aged students answer questions from the genres of classical and contemporary children’s literature.  Crestwood’s team has been meeting since October to learn and practice questions about fables, fairy tales, nursery rhymes, Greco-Roman mythology, Narnia, and, of course, Harry Potter!  While our team was not one of the five teams out of the 95 in the competition to progress to the national finals, everyone had a good time and was inspired to continue reading and come back next year.  Mr. Jull would like to thank team captain Grace Geng, along with team members Simran Anand, Alex Wagner, Evan Goldman and Benjamin Davidson. 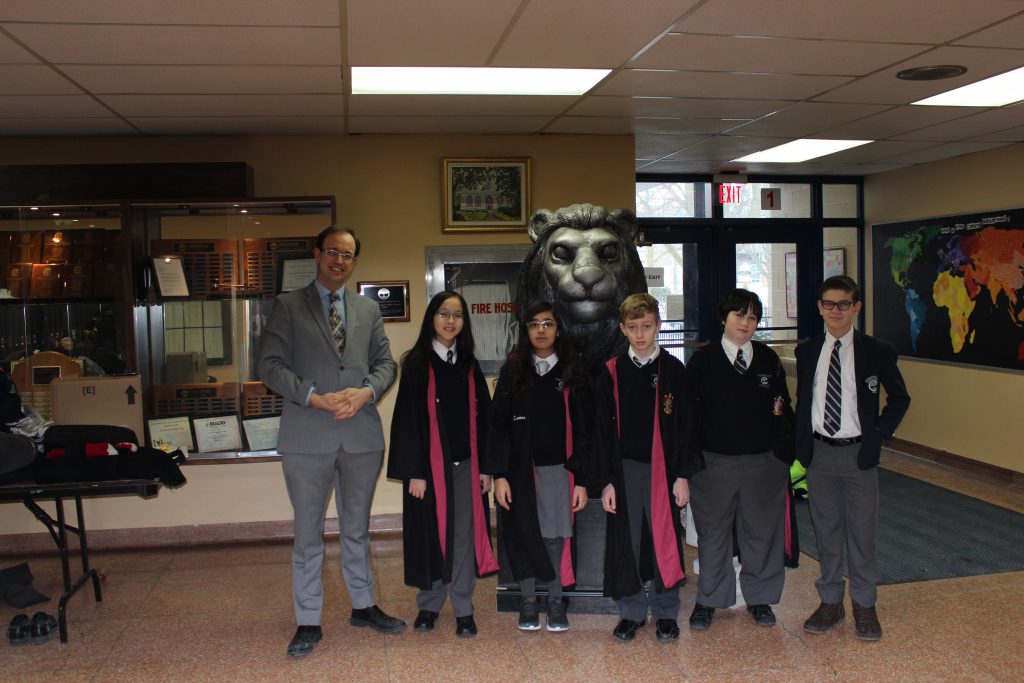