Last week, Crestwood’s Grade 10 students spent 3 days and 2 nights visiting our nation’s capital. After departing Crestwood early Wednesday morning, our first stop in Ottawa was the Canadian War Museum. Students had the opportunity to learn about the role of military conflict in Canadian history. Exhibits stretched as far back as pre-contact conflicts between the indigenous peoples of Canada, and covered Canada’s military contributions all the way up to the Afghanistan mission. Grade 10 Canadian history students were able to see, firsthand, objects that they had learned about during in-class lectures. While at the War Museum, students were also able to visit the newly dedicated Canadian Holocaust Memorial. Students travelled downtown to check-in to their accommodations at the University of Ottawa. After quickly changing for dinner, students travelled to Victoria Island, in the Ottawa River, to visit Aboriginal Experiences. Crestwood students spent the evening learning about the culture and traditions of the Algonquin people. After a hearty dinner- which included the option of bison for intrepid eaters- students had the opportunity to learn about, and participate in, traditional Algonquin customs and dances. The evening concluded with our indigenous guides leading all of the students in a traditional round dance.

Students awoke to rain on Thursday morning; however it was not enough to dampen their spirits. After a plentiful breakfast at the University of Ottawa dining hall, students were off to the Supreme Court of Canada to learn about Canada’s judicial system. Students were able to apply their learning from Civics class as they participated in a mock trial. Judge Matthew Nelsons presided over the court, and – despite less than solid evidence- the jury found Jason Wise guilty. Thankfully, the visit also taught the students about the appeals process! After the Supreme Court, students headed to Parliament Hill for a guided tour of the most important building in Canadian politics. Students had the opportunity to visit the House of Commons, the Library of Parliament, and the Memorial Room of the Peace Tower. Afterwards, we were graced by a quick visit from York-Centre MP (and Crestwood parent) Michael Levitt, who explained to students his role as a Member of Parliament. After a quick lunch in Byward Market, students headed across the river to Gatineau to visit the newly remodeled Museum of Canadian History (previous the Museum of Civilization).  After browsing the museum’s extensive collection, and seeing items such as one of the shirts worn by Terry Fox on his Marathon of Hope, the students settled in for a film about the social, cultural and environmental impact of disappearing ocean ice in Canada’s Arctic. After a fajita dinner at Lone Star Café, students were then guided on a spooky ghost tour of Ottawa- some students left with goosebumps, but everyone learned something about the early history of Ottawa.

Friday morning saw one final stop for the students before heading home to Toronto. On our way out of Ottawa Crestwood students had the opportunity to visit CFB Carp, or as it is more commonly known, “The Diefenbunker”. Constructed at the height of the Cold War, the bunker was designed to house Canada’s government in the event of a nuclear attack. Today, the bunker has been decommissioned and reconfigured to a museum dedicated to the Cold War. After returning to surface level, students boarded their motor coaches for the ride back to Toronto. 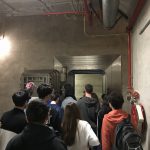 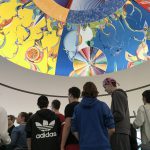 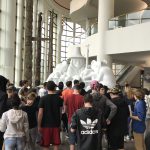 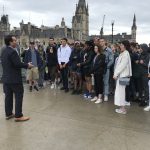 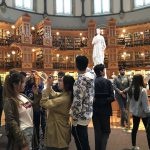 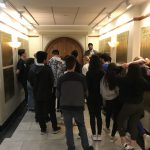 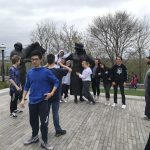 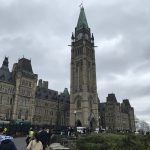 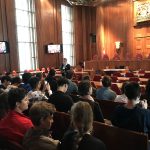 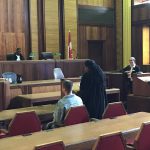 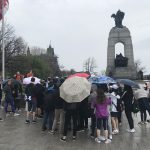 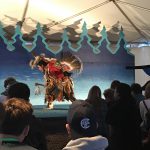