The Crestwood Junior Boys basketball team finished runner-up up at the prestigious Father Henry Carr Junior Crusader Classic over the weekend. The Lions finished 3-1, falling to the hosts 72-69 in the championship game.

The Lions got off to a hot start on Friday winning each of their pool games by double-digits. In game 1, the junior boys knocked off Central Tech 86-74, with all players contributing to the win. In game 2, the Lions stunned a talented Vaughan team with an impressive 86-55 victory. With the two wins, Crestwood won their pool and set-up a semi-final match-up with Athletes Institute on Saturday. After trailing by 2 at half-time of the semi-final, the Lions bounced back in a big way, outscoring Athletes Institute 47-18 in the 2nd half and winning 74-47. The win sent the junior boys to the championship game against the tournament hosts, Father Henry Carr.

The finals was back and forth throughout, but foul trouble and a couple of late misses doomed the Lions. In the end, Crestwood fell 72-69 and finished in 2nd place. Congratulations to Matai Baptiste and Mikkel Tyne for earning All-Star honours, and a special shout-out to Kailon Nicholls and Jamarion Carter for their leadership and great play all weekend. Elias Papaconstantinos had a career high 21 points against Vaughan, while Pharoah Wendt and Christian Gheoculet provided big minutes off the bench all weekend. 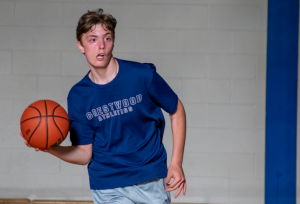 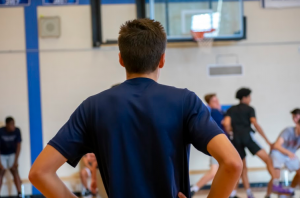