Skip to content
This week Evan Prosserman a grade 9 student competed in the National Skating Championships held in Mississauga.  Evan skated in the Young Man’s division in both the Short Program and the Free Skate.  Evan came 12th overall in the Nation.  We are very proud of Evan and wish him continued success.   Click to view:  https://photos.app.goo.gl/AX5oufToCaQt8e1a6

On Monday, the U-14 D3 Boys Basketball team went up against a strong opponent in Montcrest. The game went back and forth, but inevitably the ball did not go through the hoop enough times. The end result was not in our favor,  but we will meet them again , and the results will be different.

As well on Monday afternoon, the U-14 Curling team opened its season at home against the Montcrest School.  The team jumped out to an early lead, stealing two points each in the second and third end to take a 4-0 lead on the strength of some excellent draws by Amy McCulloch.  Our curlers held off a resurgent Montcrest team in the second half of the game to win 5-3.  The team returns to the ice next week against the defending champions from Bayview Glen.
The Senior Girls Volleyball team played a spirited match on Monday against Trinity College School. CPC fell behind early losing the first set but stormed back winning the next two. TCS came on strong and ended up winning in five hard fought sets. Special mention goes to Faith Joseph, Zakayla Day-Burrell, Sylvia Zhang, Lexy Peerenboom, Rachel Mintz and Maya Berger.

The Varsity Girl’s Hockey team was back in action playing at Forest Hill Arena against Bishop Strachan School. Despite having a few missing players the girls kept the intensity and overpowered the other team. Captain Peyton Van Volsen led the charge scoring two goals only two minutes apart to set the tone. The girls relentlessly continued to push the pace of the game gaining more of an advantage. With further goals scored by Jenna Smellie, Kailieigh Patience, and Karianne Engelbert, the girls finished with a 6-0 score and continue their win streak.  On Wednesday, the Varsity Girl’s Hockey team played their home opening game against Hillfield Strathallen College. With an energized spirit, they quickly proved why they remain undefeated. The girls continue to show their improvement every game with their coordinated play and chemistry on the ice. Special shoutouts go out to Karianne Engelbert for her hat-trick in the game with a rocket slapshot from the point, and also to Ella Newton who played a stellar two-way game and also contributing two goals.  You can catch the girl’s next game on Wednesday the 22nd when they face off against Country Day School.  See photos:  https://photos.app.goo.gl/7iDDStiwtiH2Lizc6.

On Wednesday, the Junior Girls’ Volleyball team traveled to Belleville to play a double header against Albert College and Toronto Montessori School.  After the long bus ride, the girls started off slow losing the first set.  But one set is all it took to get the team warmed up and ready to play to their potential.  They won the next two sets and the overall game 2-1 against TMS.   The team continued their great play as they won 2-0 against Albert College.  Special mention must go out to Abby Mintz and Chiara Chodron for their amazing serving and Isabelle Rigny for her defensive play as libero.  The ladies will next play on Monday against Pickering College and St. Clements.

That day, the Senior Girl’s Volleyball team traveled to Albert College for their tri-meet. The lady lions played well and showed excellent sportsmanship. Though they gave as good as they got they lost their first game against TMS. Their second game against Albert was equally challenging and we lost the first set. However, the ladies came back to  win their second set 25 – 20. The third set was also a tight match but we struggled to get out from under some fierce serves by Albert and lost the match. A shout out goes to Maya Berger for her amazing blocks, Faith Joseph for her great setting, Lexy Peerenboom for her awesome digs, and to Sylvia Zhang, Christine Kong and Rachel Mintz for their amazing serves.

The Boys Sr Elite team will be traveling to Ohio and Maryland to compete this weekend (January 17th to January 20th), in a couple major high school basketball events.  Let’s cheer them on and support them.  Live stream info will be given to follow along. Stay tuned. 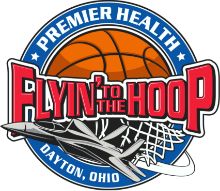