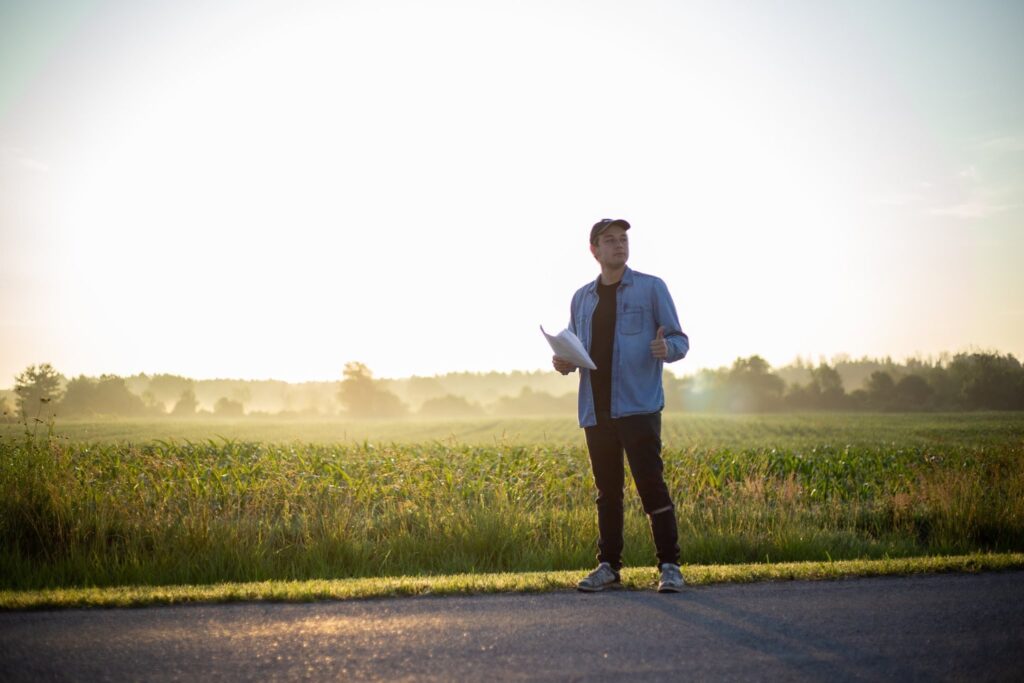 I started a production company called “Secodo” with two friends from college.  Since its inception, I’ve produced many videos and photoshoots with the company. Most notably, I produced some music videos for Warner Music Canada & Universal Music Canada.  Some of my favourite projects with SECODO include:  Valley “Closer to the Picture” music video (signed to Universal Music Canada). I was the producer on the video.

(https://www.youtube.com/watch?v=bzy4I5ceLT0) and Myles Castello “WayOff” music video (artist signed to Warner Music Canada). I was the producer on the video.

I also studied film in College at Sheridan. Following graduation, I’ve done several contracts with major film productions in the GTA. I worked in the locations department on: Titans Season 2, Handmaid’s Tale Season 3, It Part 2 and Work It, among others.  I have worked as a production assistant on Netflix’s Tiny Pretty Things Season 1 during the fall of 2019, Nightbooks (a feature film from Netflix coming out this summer starring Krysten Ritter.  I’m currently working as a production assistant on Sci Fi Channel’s newest tv series based on the Chucky Franchise (yes the killer doll!) This contract will go until mid-August.