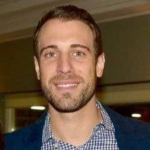 Since graduating from Wilfrid Laurier University in 2011, Kyle started his career in the CPG industry. After a successful stint working with Coca-Cola and KIND in NYC, he took his skill set to help Enterprise CarShare enter the car-sharing industry and take on Boston-based ZipCar. He was tasked with acquiring car-sharing companies across Canada and acting as the Market Manager as he brought them under the Enterprise brand.

Soon after managing the Canadian Enterprise Carshare program, Kyle was intrigued by the tech explosion here in Canada and decided to pivot into the space, where he landed a job at one of Canada’s top startups, ScribbleLive. His tenure at ScribbleLive led to leading their freelance marketplace for technical professionals, Visual.ly, where we worked with Oracle, Dell, and Salesforce. Fast forward to today, Kyle is once again at another startup, Gladly, which is based in San Francisco. He leads their go-to-market efforts in Canada and NE USA and works with amazing brands such as Warby Parker, Porsche, and Crate and Barrel.

Outside of work, Kyle is still actively involved in the cycling scene and, for the 2021 season, joined a new cycling club called United Nation of Cyclists, which aims to promote diversity and inclusivity.