Crestwood’s Grade 10 class traveled to Ottawa for a jam-packed three days of fun, friendship and first-hand encounters with topics from their Civics and Canadian History studies.

Our first stop on Wednesday took students to the Canadian War Museum. The striking building on the Ottawa River was designed by architect Raymond Moriyama to convey a sense of disorientation, mirroring the confusion of war. Once inside the main exhibit hall, however, the confusion disappeared as students were able to view and interact with an amazing collection of artifacts from many of the conflicts that they learned about in class. After a few final obligatory selfies in front of the vast array of military vehicles in the Museum’s Lebreton Gallery, students were back on the bus and headed to Parliament Hill. Even with Centre Block under renovations, students were still able to get a first hand parliamentary experience, as MP Michael Levitt met with the students minutes before he had to get to the House of Commons for a vote. He discussed his responsibilities in Parliament as a representative for the people of York-Centre, as well as his work as the Chair of the House Foreign Affairs and International Development Committee. After saying goodbye to MP Levitt, students checked in to the accommodations at the University of Ottawa before heading across the river for a night of dinner, dancing and education presented by Aboriginal Experience. The opportunity to learn about the rich cultural heritage of Canada’s indigenous peoples while standing on the shores of the Ottawa River, with fantastic views of Parliament in the background, was the perfect way to cap of off our first night in Ottawa.

After a hearty breakfast, Thursday began with a trip to the Supreme Court of Canada, where students learned the history of the Court, as well as the magnificent building that houses it. Students applied their learning from the tour, and Civics class, by participating in a mock trial. Students then headed to the Canadian History Museum for a tour, and an IMAX presentation of the film “Canada: C3” documenting an inspiring 150-day journey around Canada’s three ocean coasts. Rock climbing, a fajita fiesta and a haunted tour of the former Carleton County Gaol rounded out the rest of our second busy day and night in Ottawa.

While we left Ottawa Friday morning, the educational fun was not over just yet. Our final stop of the trip was Canadian Forces Station Carp, better known as The Diefenbunker. Descending four stories underground, students got to see firsthand how the Canadian government dealt with the threat of nuclear war. Built in 1962 to ensure the continuity of government in the event of an attack on Ottawa, the once top-secret location now offers visitors an amazing glimpse in to the geopolitical tensions of the Cold War. After returning to the surface, it was back on the bus and back to Toronto. 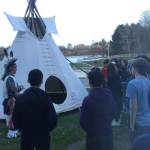 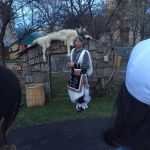 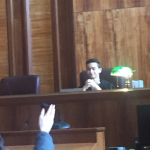 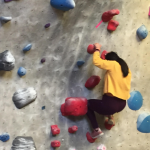 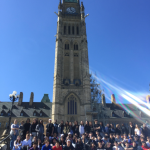 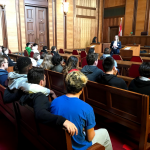 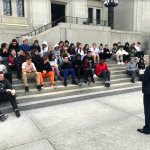 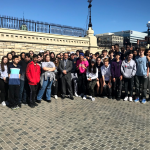