Denise Hans visited Mr. De Franco’s Grade 8 English class last week to share her trials and tribulations during the Holocaust. Though she was only 4 years old at the time, she remembers vividly the day the Nazis knocked on her parents door and took away her father, uncle, aunt and cousin. She was to learn decades later that her father was shot during the Death March to Buchenwald from Auschwitz, while her uncle’s family was gassed upon their arrival to Drancy concentration camp, just outside of Paris. 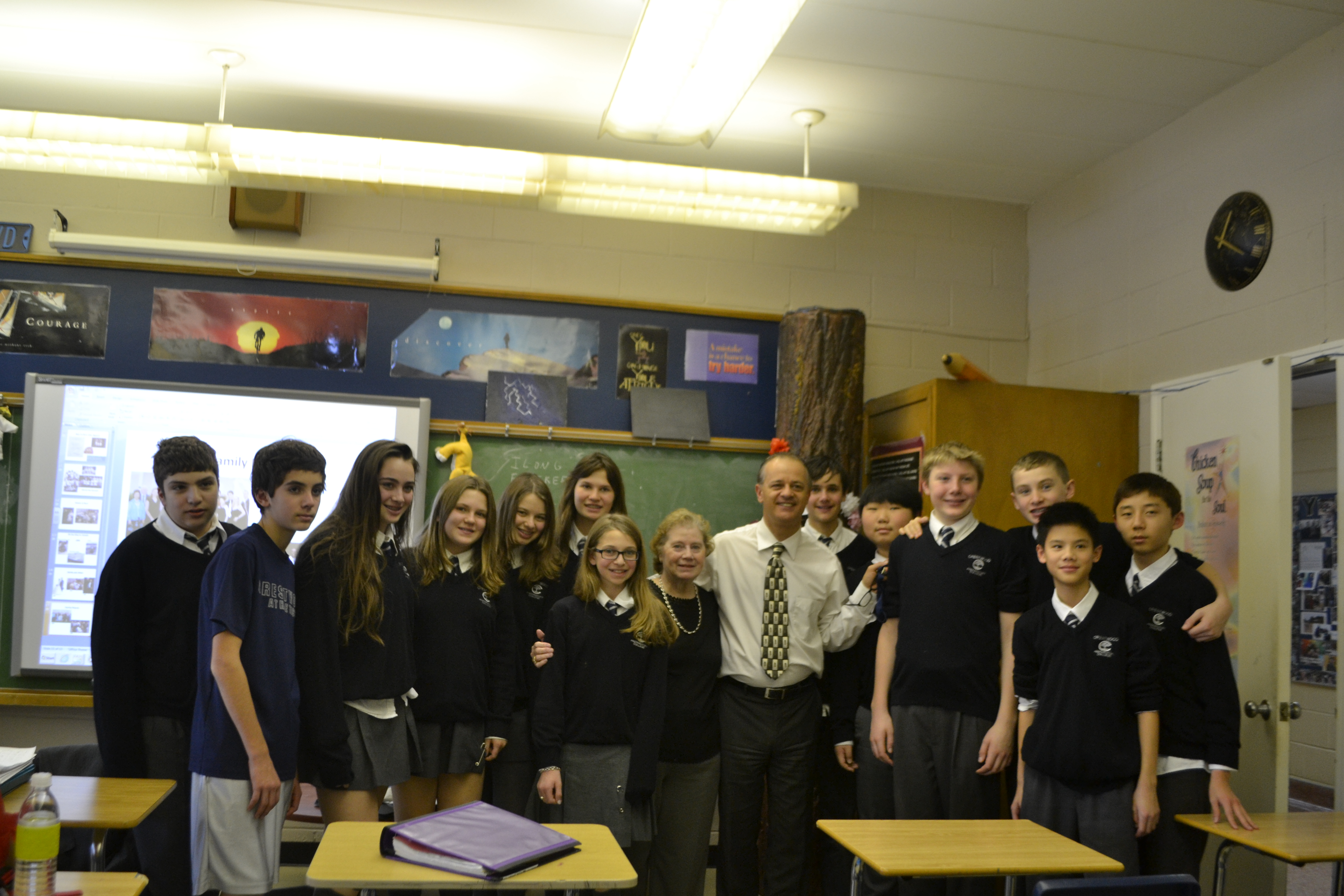