This past Friday, Crestwood Preparatory College hosted this year’s CISAA Senior D1B Hockey Champions, that saw our own CPC team as the #1 seed and a berth in the Championship Game.  After a semi-final game that saw a strong HTS team defeat RSGC, the Championship game was now set.  As soon as the puck dropped, CPC came flying on all cylinders jumping out to a 2-0 lead by the end of the first period with goals from Cole Eichler and Peter Keane.  The second period continued with strong play by CPC at both ends of the rink with a third goal being scored by Samuel Li and some spectacular saves by Roy Pejcinovski.  After a second-period flood and a clean sheet of ice, CPC was able to continue their dominance of the game by scoring two more goals from Cole and Samuel, their seconds of the game and a well-deserved shoutout from Roy Pejcinovski.  The final score of the game was 5-0!  Mr. Vaillancourt and Mr. Tanev want to thank the entire team for a fantastic season. 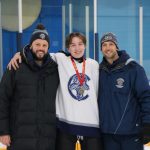 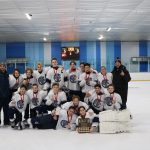 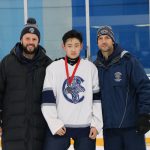 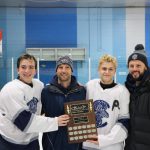 On March 2nd, The Crestwood Senior Boys’ Basketball team advanced to the CISAA championship game versus new rival St. Mike’s, after going undefeated in league play.  Coach Ro Russell, his staff, and his Senior Boys team proceeded to capture Crestwood’s first CISAA league championship in thrilling fashion.  It was a competitive game that was close until your Crestwood Lions pulled away in 4th quarter!  They were led by seniors Franco Miller and Somachi Agbapu, as well as juniors Jahcobi Neath and Luis Pacheco, and sophomores Kobe Antwi and Trevon Thomas.  Seniors Graham Treffry and Emre Demirsu also contributed.  Congrats on the gold, lions!  History has been made and many more to follow. 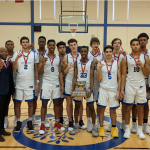 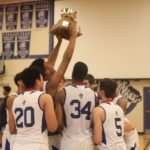 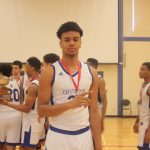 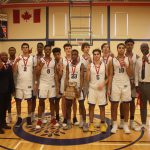 This past Saturday, Crestwood hosted the U14 DI Basketball Championships and ended the afternoon with an undefeated season.  The boys started the day with a playoff game against St. Mike’s with a final score of 66 – 39.  After that, an unexpected win in the second playoff game put Crescent School in the final championships against us.  The U14 team worked well together throughout the entire game, with all players getting a chance to play in the finals and placing first! A big thank you to the whole team for their effort and attitude this season. Well done boys!

The Junior CISAA boys basketball team finished as runners-up of CISAA after a 79-73 loss to St. Mike’s in the title game. The loss was the Junior boys’ first loss of the season as they finish 13-1. Foul trouble and missed shots plagued the Lions throughout the game, but the boys showed a lot of the fight in the fourth quarter as the clawed back from a 15 point deficit. Their effort would not be enough though as St. Mike’s hit their free-throws late to hold on to the win.  Matthew Nelsons and K’Shawn Latty again led way as they scored 35 and 32 points respectively. A big thanks to all the boys for their effort and team attitude throughout the season. Truly a great group of boys!

The U-14 hockey team travelled to Appleby College Monday to compete in playoffs. Crestwood stunned the first place hosts Appleby in the semi-finals 6-4, shocking their opponents with a fantastic full team effort.  The boys then went on to face Nichols School in the championship game. A tough opponent took advantage early and scored 4 quick goals and we were never able to catch up. The final was a tough love game, seeing 20 penalties being assessed in total and Crestwood falling 9-2. It was a great season Lions! See you on the ice next year.

On Saturday, March 3rd the Sr. Boys D2 Basketball team played an excellent semi-final game against Crescent, however, the 4th seed Crestwood Lions just could not catch up to the top-seeded Crescent squad in the last minutes of the 4th quarter causing them to be defeated 52-49.  Congratulations on a productive season!

Last Friday, Crestwood’s Varsity Boys and U14 Curling teams travelled to East York Curling Club to compete in the CISAA curling championships. The Varsity Boys team faced stiff competition in the morning’s semi-final. Despite fighting hard throughout the game, the boys were defeated by the eventual champions from Bayview Glen. Congratulations to Adam, Spencer, Malcolm, Jacob, Joseph and Gaby on a very successful season, and a successful CISAA curling career.  The U-14 squad was also in action in the morning, and fared better- they defeated Montcrest and advanced to the finals against BVG. Despite a hard fought game, by the end of the match, Bayview Glen was on top. Congratulations to William, Tony, Cole and Arjun on their silver medals, and a successful year of curling.  Coaches Hawkins and Walker would like to thank all curlers for a fantastic year- we hope to see everyone back on the ice next year.