On Wednesday, the Junior Girls’ Volleyball team traveled to TMS.  In our first meeting, TMS beat us 3-2 so the girls were determined to avenge this loss.  Right from the first point, the ladies were focused and showed the hustle that would be needed for victory.  With amazing net play from both Megan Pearlman and Maya Berger and the setting of Jadaia Reid and Zakayla Day-Burrell, we were able to totally dominate TMS.  The game ended in a convincing 3-0 victory for our girls.  The ladies will try to build on this victory when they play next week against SJK.

Wednesday, the members of the Varsity Boys and Open Curling teams travelled to the Royal Canadian Curling Club to face off against teams from Bayview Glen. Despite some fantastic play, and great strategy from skip Will Dennison, the Open Team had its hands full with a strong squad from BVG, and ended up on the losing side of a hard fought battle. Things went much better for the Varsity Boys, who were firing on all cylinders. A special shout out goes to rookie curler Jacob Reinish, who was on fire all day, and made some fantastic shots at lead. Great job to all of Crestwood’s curlers!

Monday the U14 Boys’ Basketball team played a home game against St. Michael’s College.  The game started strong with our team dominating the court early on and showcasing great talent and teamwork.  Elijah Fisher and Mikkel Tyne set the stage with a combined score of 35 points by halftime and a good lead against St. Mike’s.  Special shout out to Adam Pearlman and Noah Levy for their energy and effort on the court throughout the game. Go Lions!

The U-14 Crestwood Lions had a massive 10-3 victory last night versus Royal St. Georges. The entire team played wonderfully, with some fantastic passing plays on offence and big time back checking to secure the defensive end. Eric “the magic man” Chen scored a baffling 8 goals, making it look easy as he rolled over the opposing team. Jayden Bennett also had a stellar performance, turning away a slew of shots. Big shout out to Thomas Xiong and Dylan Wilkinson who both exhibited incredible effort! The lions play the last 2 games of their regular season next week. Good job boys! 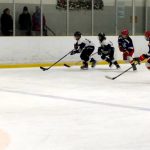 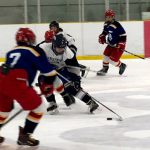 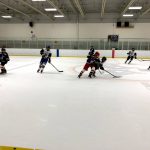 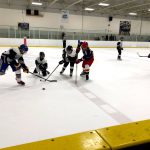