Tuesday the Ultimate Frisbee team hosted their first tri-meet, and got to play two excellent games. Their first game against Rosseau Lake College was a big win for our Lions with a score of 14-5! Our second game against TYS was more challenging but we showed a lot of determination and played with heart. We saw amazing defensive blocks by Matthew Neretlis, Josh Carter, and Faith Joseph. Amazing and near impossible grabs were made with extra sticky fingers by Russel Kaufman, Saleah Joseph and Parsa Bondar Sahebi. Of course we couldn’t have scored many points without excellent handling skills by Ella Okubasu, Katie Tuns, and Robert Dumoulin-White. Special mention goes out to Robert Muresan for scoring his first point this season! Great job team!

On Wednesday the Ultimate Frisbee team met at CDS for our 2nd tri meet this week. Valiant effort from our Lions but unfortunately windy conditions got the better of us. Quick mention to our defensive stars Faith and Saleah Joseph with 3 D’s each and skying over their opponents, and Matthew Neretlis with 2 D’s and a fantastic hand block. A shoutout to our offensive stars Steven Lazar with 5 goals and 1 assist, and Ella Okubasu with 2 assists. 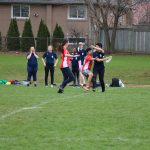 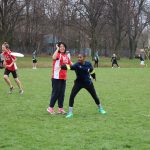 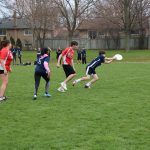 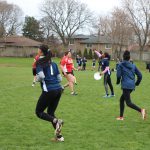 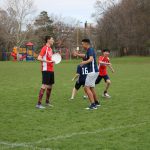 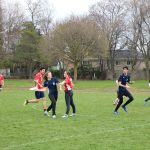 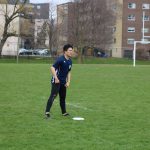 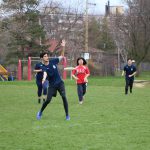 Our U14 Girls’ Soccer team kicked off its regular season campaign against Trinity Monday afternoon. Despite playing with only 9 players, the girls showed a lot of heart and grit as they kept the fully staffed Trinity squad to 2 goals by half time. Unable to cut Trinity’s lead in half in the second half, the girls fell 4-0 by game’s end. Kudos to the entire team for braving the wintery elements and the depleted numbers.  The team’s next game is on Monday against TFC.

Monday night the Varsity Girls’ team played The York School in their first home game of the season.  Despite a 2-0 loss Crestwood had some great chances but just couldn’t put the ball in the back of the net.  Excellent goaltending by Alexa Gibson helped us keep the score low.  Great effort on your first game, girls. 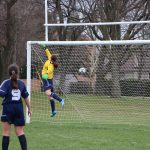 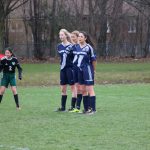 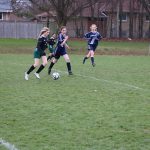 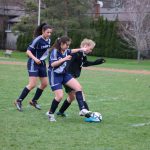 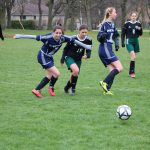 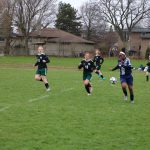 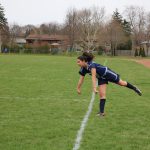 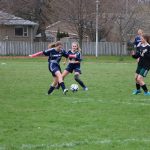 The Junior Boys’ Rugby team went 1-1-1 in their 3 game tournament Monday night, showing an impressive amount of athleticism and grit in their first games of the season!  Outstandingly, out of the 9 players on the team, only 4 had ever played in a rugby game in their lives. The boys made huge tackles and scored impressive tries, showing their determination and tenacity.  Samir Nejad carried almost an entire teams defence on his back through pure strength and determination, backed up by incredible runs and scores by Jesse Codron, Lorenzo Mancini and Christian Campanelli.  Well done gentlemen!

Wednesday the CPC Varsity Track and Field team braved terrible weather to compete in the Andre Hamilton Relays. The wind and rain didn’t let up all day but neither did CPC!  Junior Girls Kyra and Ella both posted great times in a 3000m in terrible conditions!  Our Boys’ relay teams of Will, Hayden, Ethan, Liam, James and Shane competed in both the sprint medley and the 4×400.  Our Girls’ relay team of Zakayla, Aalayah, Anjali and Sophia ran a great sprint medley, coming from behind to win their heat in dramatic fashion and place an amazing 4th overall.  Special mention goes out to Alexa Gibson for continuing her dominance in Sr. Girls Javelin, winning with a throw of 28.50, Aalayah Edwards for winning the 400 meter hurdles and to Ethan Li, for braving hypothermia splashing through the water pit in the boys steeplechase.  Great work everyone!

The Senior Badminton team competed Wednesday at Crescent School.  The team has continued to show improvement with wins yesterday from our doubles team of Danny He and Jacob Newman winning in a 2 game sweep. Our mixed doubles team of Aries Wang and Greg Quon took on an boys doubles team in exhibition play and came away with their first win of the season.  Kudos to all of our badminton players for a good showing.