The Raptors may have a flair for the dramatic, but so do our U14 Girls soccer team!  The girls won in dramatic fashion against Montcrest Monday afternoon in the dying minutes of a 2-2 game compliments of a Chiara Codron goal, her third for the day.  But Chiara was only as good as her hard-working midfield, led by the likes of Tina Otchere and Taija Sta. Maria, who looked for loose balls in the middle of the field and created good scoring chances for the offense.  Not to be outdone, the defense, led by Taylor Howell and Jolie Drummond, and backstopped by the acrobatics of Abby Mintz, kept the game close enough for the team to pull off the victory in the end.

The U14 Girls’ Soccer team beat the visiting Trafalgar team 1-0 Wednesday afternoon to guarantee its place in next week’s playoffs.  The win represented the team’s first shutout and continued to demonstrate how well the team has gelled and overcome adversity in such a short time.  Kudos to each and every player who battled each and every ball, with particular shutouts going out to Abby, Taylor, Olivia, Tina, Taija, Corinna, and Chiara.  We wish the team continued success.  GO CPC! 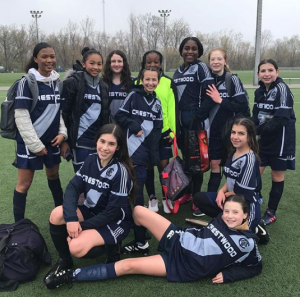 The Crestwood boys and girls Senior Badminton team hosted Greenwood College School Monday.  The girls showed improvements yet again as they won a season high, 3 of their 6 matches.  The boys team dominated over Greenwood at all levels winning 6 of 7 matches, everyone in 2 straight games!  The mixed doubles team of Greg Quon and Aries Wang held their opponents under 8 points as they easily won every game.  Congratulations Crestwood Sr. Badminton on a resounding victory!

The Junior and Senior Girls Badminton Teams had a fantastic final game against Trafalgar Wednesday afternoon. The girls were great hosts, and they showed spirit, enthusiasm and improvement. A special shout-out goes to doubles team Maggie Funnell and Zenia Rangwala for winning their match, and to Betty Li for winning her singles 3 match. Way to show significant improvement, girls! Also, a thank you to the Boys Badminton Teams for coming out and playing some expo games, and for being perfect gentlemen.

The Varsity Track and Field Team competed at day 1 of CISAA Championships at York University Monday.  Congratulations to Alexa for continuing her domination of javelin, winning with a throw of 28.08m, Zak for her 2nd place finish in the 100m, Ella for placing 3rd in the 1500m and Anjali for placing 4th the 100m.  These ladies will move on to compete at Metros later on this month.

Congratulations to the Varsity track team on a great conclusion to their CISAA championship meet.  Ella and Kyra ran a blazing fast junior girls 3000m race, with Ella coming from behind to place 2nd and qualify for Metros!  Senior Girl Zakayla Day-Burrell placed 4th in the 200 after running a personal best in her first heat.  Our grade 9 boys ran many personal bests, with Liam and James racing the 200, then Liam, Ethan and Hayden in the 800. Finally, Ethan Li battled the 3000m and a semi-digested sausage to close out a great track season.  Congratulations to the whole team!

Congratulations to Crestwood Track and Field athletes on a great championship meet!  Alexa Gibson won gold for Sr. Girls javelin.  Zakayla Day Burrell placed 2nd in the 100m and 3rd in the 200m.  Ella Rival came 3rd in the 1500m and 2nd in the 3000m.  Anjali Juneja placed 4th in the 100m.  All four girls will go on to represent Crestwood at the Toronto Metros pre-OFSAA meet in 2 weeks!  Congratulations and good luck! 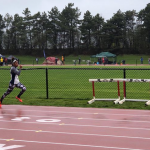 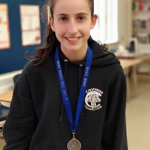 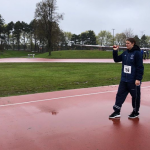 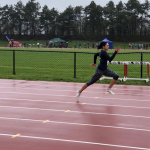 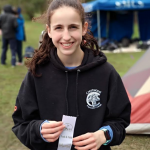 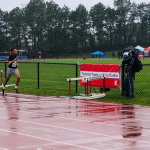 Monday, the U14 Boys Softball finished their regular season against a very tough first place UCC team. Although the boys ultimately lost 22-13, the game was not without its share of highlight reel plays for CPC.  Patrick Shain got the offense started with a huge three run home run. Not to be outdone, Jack Van Volsen matched Patrick later in the game, with his own 3 run home run. Finally, Marcus Green completed a big rally in the bottom of the 4th inning with a slicing triple down the first base line that cleared the bases. 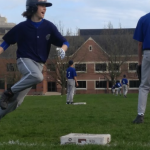 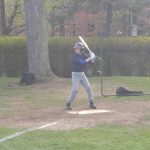 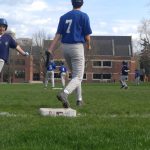 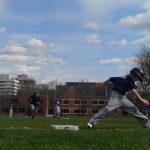