Thursday, the Varsity Boys’ Hockey Team participated in the York University Senior Boys Hockey Tournament and did not disappoint.  The team took on a very quick and skilled St. Augustine’s from Markham in their first game.  With some missed scoring chances and untimely penalties, Crestwood was always playing catch up, losing a close one 5-3.  In their second game, CPC took on a very young Courtice High School team.  Jumping out to an early lead, CPC never looked back, defeating Courtice 5-1.  In their final preliminary round game, CPC took on a much older and bigger squad from Algonquin Regional High School, with a win or a tie, CPC would move onto the finals.  With the game tied 3-3 and Algonquin having pulled their goalie, CPC was able to hold off ARHS and advance to finals where they would face St. Augustine’s once again.  In the finals, CPC was looking for redemption for their earlier loss to St. Augustine’s but once again, CPC missed many scoring chances and with some untimely penalties they weren’t able to come back from being down 5-3,  finishing 2nd overall in the tournament.  Mr. Birrell and Mr. Tanev want to commend the boys for putting in their best effort in all four games, especially Cole Eichler and Christian Campanelli for leading the team in points for the tournament with 8 and 7 points respectively.  Enjoy the break boys, you deserve it! 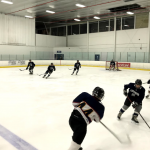 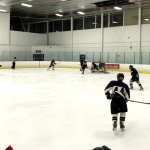 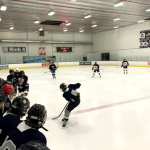 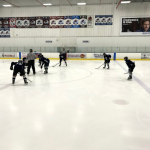 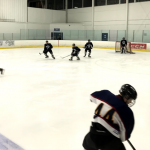 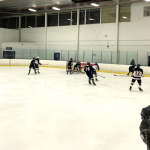 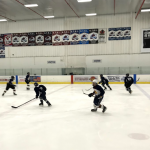 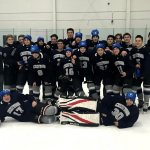 The U14 Boys’ Basketball team played their first game in front of their home crowd and did not disappoint. Although, the boys came out slow in the first quarter, they managed to go on 15-0 run in the second quarter which sent them into halftime with a score of 33-16 for the Lions.  The boys continued to play great defence throughout the second half, which helped propel them to a 60-42 victory over Crescent.  The Lions were led by  Mikkel Tyne’s 22 points and Marcus Green’s 16.  The Lions also had great contributions from Adam Pearlman and Ted Grant who provided some scoring and stellar defence. The U14 Boys hold a 2-0 record into the break and hope to continue where they left off.