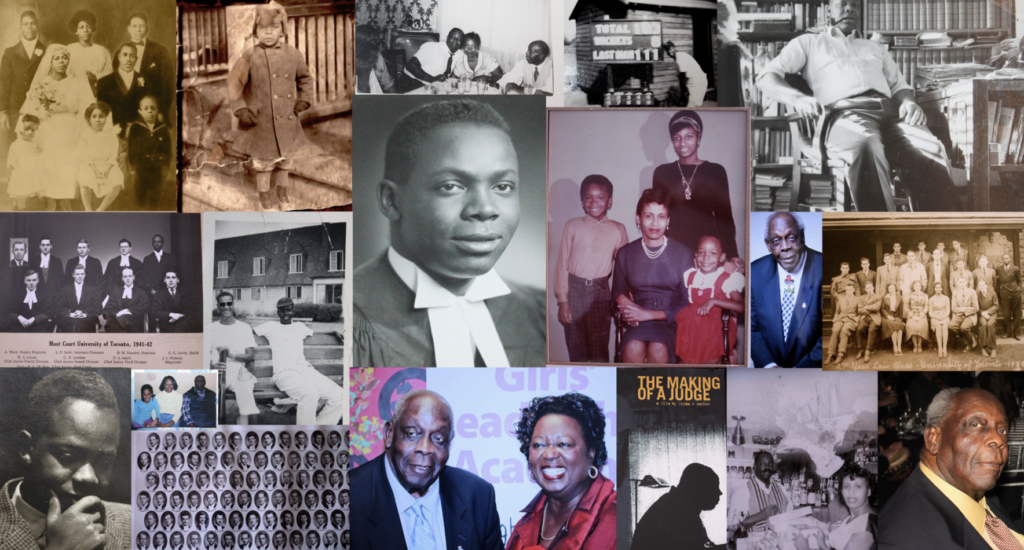 February is Black History Month, and the Crestwood Oral History Project wanted to commemorate the occasion by drawing your attention to the Black Canadian veterans whose contributions we have noted over the years. George Carter was born in Toronto, Canada; he excelled in sports as a cricket player, and he was a strong student as well. He connected with the Universal Negro Improvement Association and was inspired by visiting speakers such as Marcus Garvey and A. Phillip Randolph. In 1944, Carter received his B.A. from Trinity College, and in that same year he went into the Canadian army. While he did not serve overseas, he was sent to numerous camps, such as Ipperwash, and was selected for officer training. After his military service, Carter went on to Osgoode Hall from 1945-48 to study law. After completing his education, he became one of Canada’s first black lawyers. He was appointed as a judge in the 1970s, the second native-born, black Canadian to be so honoured. Judge George E. Carter was instrumental in establishing legal aid services and in forming the Adoption of Coloured Children Agency. We were honoured to meet him in 2015, and we urge you to listen to his memories here – https://www.crestwood.on.ca/ohp/carter-george/.