Skip to content
This past week has been busy with practices, preseason and season opening games.
This past weekend The Lion’s Den was roaring!!!  Crestwood hosted the very first Canletes Junior Girls Basketball Jamboree. Our Lady Lions came in as tournament favourites and they did not disappoint.  With a commanding win over Royal City the Lady Lions went onto face the well coached Markham Prep! This game was a nail biter, the Lady Lions fought off Markham Prep to win by only 1 point! Sending the Lions into the final against their arch rivals Excel Prep.  This long awaited match up had the Jr. Lady Lions ready to rock and they sure did put on a show. Not only did they beat Excel Prep, they scored a team high of 10, 3 pointers.  Final score was 77 CPC 44 Excel Prep!  Congratulations to KK Sta. Maria on being named tournament MVP, and Ava Porter who was named as a tournament All-Star.
On Tuesday our Senior Boys Varsity DI (NC) Hockey team picked up their first win of the season in an 8-5 victory over Trinity College School. Goals were scored by Simon Mattson, Christian Baldasarra and both Luc Malkissian and Nathan McLean had hat-tricks.
Our Senior Girls DI Hockey team travelled up to Appleby College to face off against the American team Nichols School, for their first regular season game of the year.  In a hard fought game with a short bench the game ended in a 2-2 tie.  Goals were scored by Jenna Smellie and Sadie Hotles.
Our U14 Boys DI Hockey team began their preseason with a tournament at SAC, playing both SAC and UCC.  The boys dominated the day, defeating SAC 8-1, and UCC 6-2.  Goals were spread out across the team, and it was a fantastic team effort all day.
Our Senior Girls DI Volleyball team also kicked off their season on Thursday against The York School.  The girls showed a lot of determination and enthusiasm, though the sets were close they weren’t able to clinch the win. Big shout out for the amazing blocks by Sonia Grach and Hellen Paduraru. We have to mention the solid hits by Emma Dyrnan and Jaycelyn Nei.
Our Junior Boys Elite basketball team played in a nail-biter against rivals Vanguard Prep.  In an exciting game our Lions clinched a 63-61 win with a winning 3 pointer with 1.3 seconds left scored by George Papaconstantinos.   Marcus Green led the team with 21 points, 15 rebounds and 4 blocks.  Starting point guard Denzel Bafoly controlled the tempo of the game with 16 points and 9 assists while getting 6 steals.  Adam Kanaan was a strong contributor in the absence of starter Bennett White, scoring 10 points.
Our CISAA schedule is now complete and will be live on the CISAA calendar by Monday evening (www.cisaa.ca).  Individual team Edsby pages will also have the seasons calendar updated by the end of the weekend.
Spectators are welcome for home games with proof of vaccination.  Games can also be watched on our livestream at;
https://crestwood.gameonstream.com/ 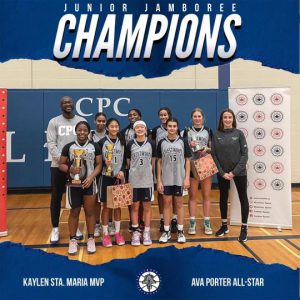