This was a quieter week in athletics as we wind down for the winter break.  Nonetheless there was still lots of action happening around the gym, rink and ski hills.

Junior Boys Win Big at St. Andrews U16 Hockey Tournament
The red-hot junior boys hockey team spent two days in Aurora this week competing in the St. Andrew’s College Tournament. Despite a short bench, the boys went 2-0 on Wednesday winning 8-2 against SAC U15s and 5-1 against A21. Thursday saw continued success as the boys opened with a 7-0 win against SAC U16s. This set the stage for an exciting last game against King Heights for the tournament title. In their toughest game yet, the team battled their hearts out, earning a 2-1 overtime victory. Evan Malkhassian scored the OT winner, but the tournament win was a total team effort! Congratulations to all the boys on an exceptional result!
Our ski team hit the slopes for the first time in Crestwood history.  It was their first training session and there was a lot of talent on the hills.  The team is looking forward to their first competition in January.
Our Senior Boys Elite Basketball team defeated Niagara Prep on our home court by a score of 110-101.  Zaiden Cross led the team with 31 points, followed by Elijah Fisher with 21 points and Romad Dean with 20 points.  This brings the teams record to 6-2.
The junior girls volleyball team hit the road for their first league game of the season. It was a 4 point night for the girls as they beat both SJK teams. It was a true team effort, with all girls contributing to the success. Karina Filipuk went on a 8 serve streak, Chantelle Stuart put up some beautiful sets for Toby Fournier to smash.
Our Senior Boys DI Basketball team played an exhibition game against John Polanyi Collegiate.  The boys took the lead early and never looked back.  Jahmari Brown led the way with 13 points.  The team defeated John Polanyi by a score of 68-43.
Can’t wait for more action in the New Year! 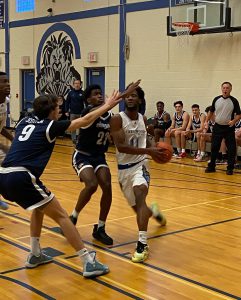 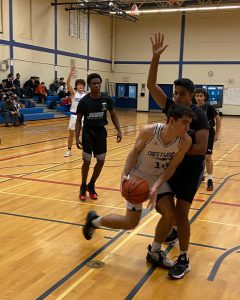 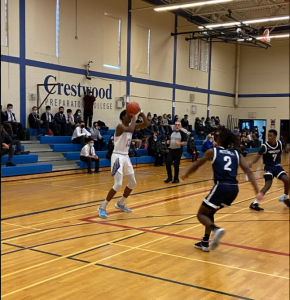 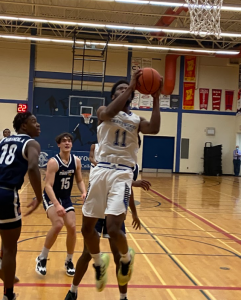 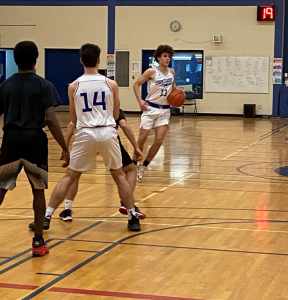 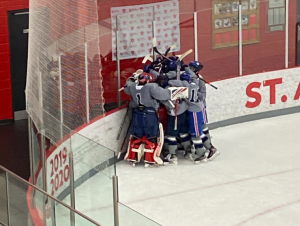 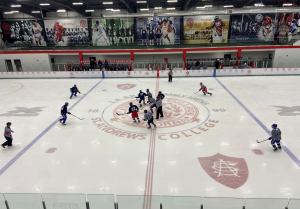 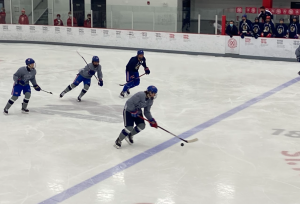 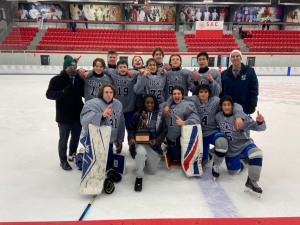 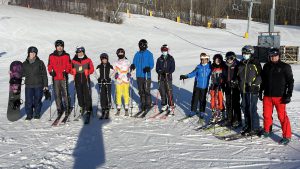