Delane Boakye graduated from Crestwood Preparatory College in 2010. She went on to pursue her B.A in International Development and Political Science at McGill University, graduating in 2015. She was elected the President of the Black Student’s Network at McGill in 2013. During her tenure, Delane focused on making the University campus a safe and accessible space for members of the broader Black Montreal community, including youth, local businesses, and Black McGill Alumni.

Following an international exchange in Florence, Italy, she moved to Ottawa to pursue a career in the Federal Public Service. Delane is currently an International Relations Analyst at Environment and Climate Change Canada specialising in Canada’s bilateral relationship with African countries and China. In 2019, she supported Canada’s United Nations Security Council Campaign, including Prime Minister Trudeau’s visit to Ethiopia for the African Union Summit.

Delane is currently pursuing her M.A in International Relations and the Norman Paterson School of International Affairs at Carleton University, specializing in International Organizations and Global Public Policy. Her research interests include the global governance of multilateral organizations and displacement. Delane currently resides in Ottawa, Ontario with her partner Jose and their two-year old daughter Kizola. In her free time, she serves as a mentor to highschool and university students. 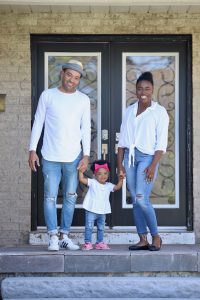