On Tuesday, February 12th, a television crew from CBC News visited Crestwood Preparatory College to film Howard and Nancy Kleinburg speak to students as part of the Oral History Project.

Howard was born in Poland, in 1926 and was the youngest brother of ten. in 1941 his entire family had to pack up their things and move into the ghetto. They had to leave everything behind. Every Jew within the perimeter of the Ghettos was marched in and this became their home for the next few months. From there Howard was used as a slave labourer and was moved through a succession of camps, ending up in Bergen Belsen – it was there that Nancy saved his life. They reconnected and married after the war and built a life in Canada.

Howard and Nancy’s story will be featured on CBC News on Thursday, February 14th at 5pm. The title of their segment is “A Romance that grew from the Camps of WWII”. Take a moment and tune in to an incredible Love story during your Valentine’s Day. 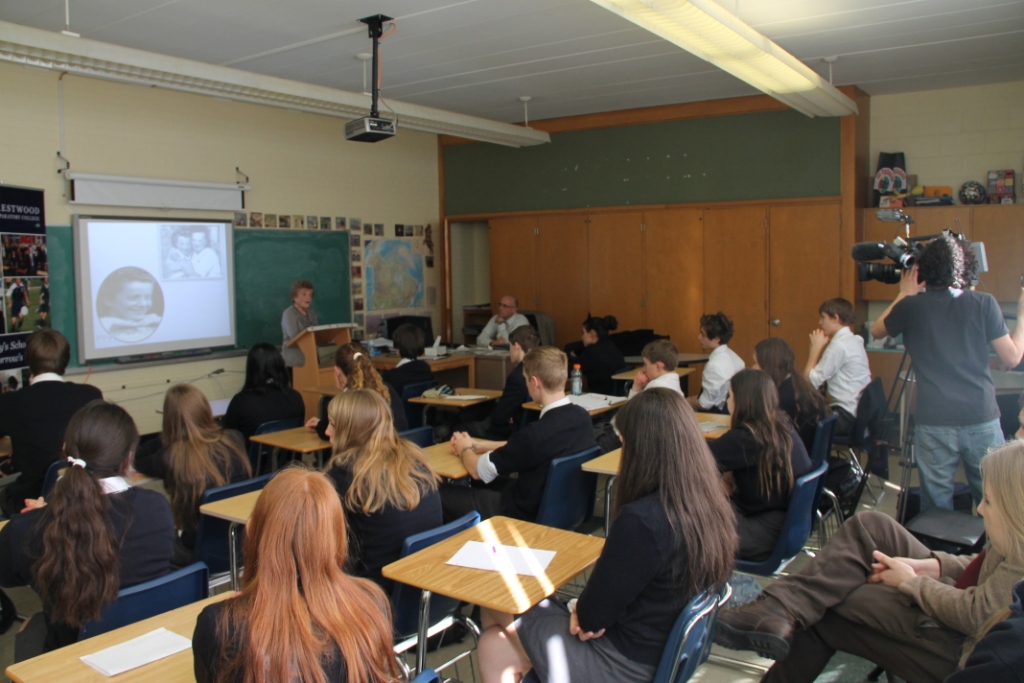