Congratulations to Crestwood’s Aaliyah Edwards (’20) who as a 16-year-old has been named to the Senior Women’s National team and will join the team later this month for a five-game European exhibition tour. Canada will be playing in Belgium (June 14-16) and Great Britain (June 18-19). 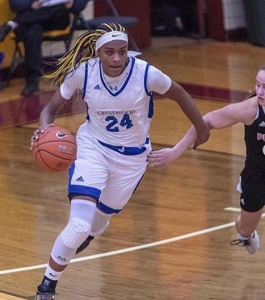 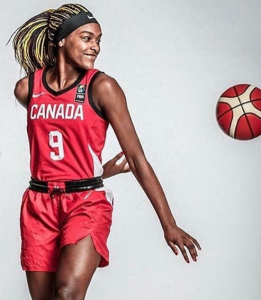 Edwards is the youngest of 12 players member of Team Canada, which includes players who compete in the WNBA, NCAA and for European club teams.

According to Basketball Canada, the exhibition games will help Canada prepare for a summer schedule that will see the team participate in the FIBA Women’s AmeriCup 2019 and the 2019 Pan-Am Games in Lima, Peru, as well as the FIBA Women’s Pre-Qualifying Tournaments in the Americas region this fall.

Team Canada is currently ranked fifth in the world.

Congratulations Aaliyah, we cannot wait to follow your year ahead and to cheer you on along the way!!!