Thursday, the U14 Hockey team faced off against UCC. Trailing 3-0 after the first, CPC was able to close it to 3-1 after the second period. Sean Doherty made it a one-goal game but UCC restored their 4-2 lead with just over 6 minutes left. With 2 minutes left, CPC on the power play and the goalie out, Anthony Cristoforo scores to make it a 4-3 game. CPC continued to fight hard until the end and that persistence paid off with 8 seconds left when Sean Doherty scored again, and capped off a 4 point day,  to complete the comeback and tie the game 4-4. Congratulations to the team on a great comeback. 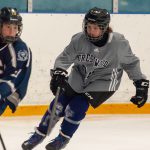 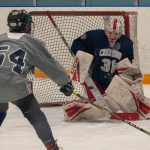 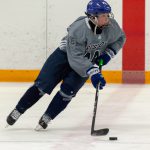 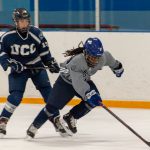 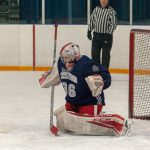 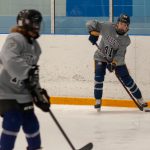 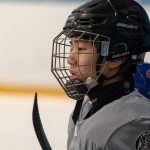 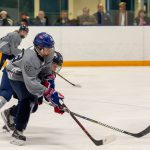 Wednesday night the Varsity Hockey traveled to RSGC for what was going to a tight-knit battle, and it was.  CPC jumped out to a quick 2-0 lead but by the end of the 2nd period, RSGC was able to tie it up.  In the 3rd, CPC was sluggish and RSGC was able to capitalize one on a powerplay and take the lead.  With 7 minutes left in the game, CPC was able to score 2 quick goals and retake the lead, 4-3.  An empty-net goal by Christian Campanelli sealed the deal, CPC won 5-3.  Great play by all, especially Jayden Bennett who played a great game in net and to Michael Di Battista, Sam Li, Aaron Little, Mateo Rocha, and Christian Campanelli for all finding the back of the net. Next game takes place Feb 6 at home when we play RSGC in our last regular season game at home, come cheer us on. 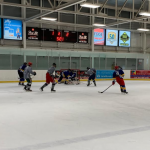 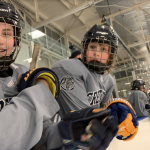 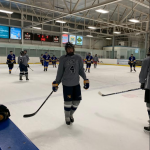 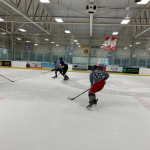 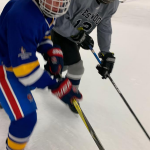 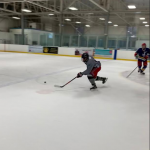 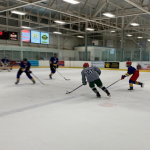 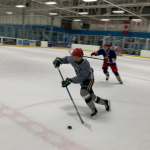 This past weekend our Senior Prep Girls traveled to Brooklyn, NY to participate in the Rose Classic Super Jam.   After a very tough game one which was a 2 point victory, our Lady Lions pulled their socks up winning the following 2 games by an average of 25 points.  Faith Joseph received the Scholar-Athlete Award, Tasha Lattimore received the Sportsmanship award, and Aaliyah Edwards was named MVP.

Wednesday night our Lady Lions traveled to Markham to take on a strong Bill Crothers team, who came out fired up.  After a slow start Crestwood found their rhythm, once they did that, there was no looking back.  At one point Crestwood saw the lead grow to more than 20 points.  The final score was 81-69.  Leading scorers were Tasha Lattimore with 23, Shayeann Day-Wilson with 20, and Aaliyah Edwards with 19. Our next game will be on our home floor this Saturday at 1:00 pm.

The Junior Boys’ D1 Basketball team defeated St. Michael’s College 70-55 in their lone Spirit Week game on Wednesday. The first half was a back and forth affair before the Lions locked down on defense in the 2nd half, holding St. Mike’s to only 20 points. Kailon Nicholls was the top scorer with 18 points. Immanuel Oludele scored 15 and Matai Baptiste scored 14, as both were dominant around the basket. Scoring was rounded out by Christian Gehoculet with 8, Jesse Codron with 8, and Elias Papaconstantinos with 7. Zack Graff was tough as nails yet again, while Chadwell Knight-Seucharan, Hayden John, and Liam MacInnis played big roles defensively. The Junior Lions will be back in action on Monday in a home matchup with Upper Canada College. 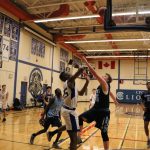 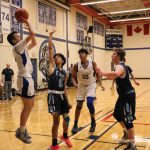 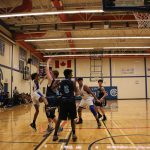 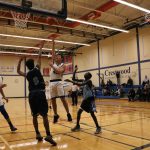 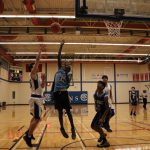 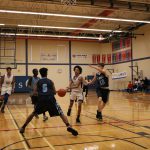 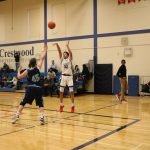 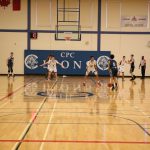 On Monday, Crestwood Open and Varsity Boys’ Curling teams played York School at the Donalda Curling Club.  The Boys had a very close game against a very tough team. Their shot calling was setting them up well and the game was tied going into the final end. York School had “the hammer” (last rock), and Arjun drew in to the four foot ring partially behind cover to give us a great chance at a steal and a win. Unfortunately for us, our opponents made a perfect take-out, avoided jamming on our rock in the house, and took the last end for the win. Great game, boys!

Our Open Team also had a very close game against the York School. Up by 3 at the halfway point, York School managed to tie things up going into the final end. Our team played a clean end, allowing Cindy and William’s draws to score two points in the final end for their first win! Nice going!

Tuesday, the U-14 Curling team travelled to Donalda Curling Club for an exhibition game against The York School.  In a game that was shortened because of mechanical difficulties at the club, our team played hard in each end but ultimately fell short, losing 3-1.  The team’s next action is next week against Bayview Glen B.

The Boys and Open Curling teams travelled to Bradford, Ontario Wednesday night to compete against the teams from St. Andrews College. The Boys’ team provided a very strong challenge to St. Andrews and were in the game until the final stone was thrown. St. Andrews, however, was able to hold on, winning the game 6-4. The Open team was playing very short handed due to player absences, and the final score of their game reflected this fact. 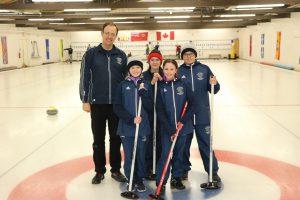 Tuesday our U14 Girls’ Volleyball team travelled to Ridley College in St. Catharines for their second tri-meet of the season. We started with high energy by facing Trafalgar Castle School of Whitby. Trafalgar put up an excellent fight, pushing us into a three-game match. Although Trafalgar played very well and put the ball back on our side of the court repeatedly, we fought hard and ended up winning the best two out of three games with scores of 19-25, 25-14, and 25-14. Immediately after, we faced Ridley College for the final game of the evening. Despite Ridley’s roster of strong servers and hitters, our ladies worked hard with some excellent serves, smart defence at the net, and several strong bumps, sets and spikes. Honourable mentions go out to Abby Mintz for some awesome setting, Karina Filipiuk for a great effort at the net, and Jordan Kosoy for her ambition and energy on the court. Ms. Reinsma and Ms. Doble would also like to thank all members of the team for their team spirit and effort! Great job, girls!! 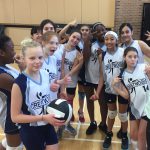 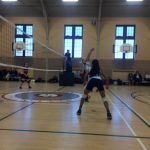 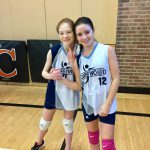 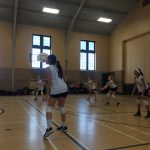 The Senior Girls’ Volleyball team came out to a commanding 2 sets to none lead playing some of their best volleyball of the season against Pickering College. It was highlighted by great all round team defense and smart attacks. Pickering College stormed back, winning the next two sets to even the game. In the final and deciding set, the girls managed to pull off the victory, taking the set 15-8. Well done ladies and thanks CPC for coming out to support the team!

The U14s had a great meet Tuesday at the Markham Pan Am Centre. Maya Vohra, Lily Kauffman, and Lauren Magan all posted at least one best time! Special mention goes to Lauren for swimming an excellent 100 free, and to Lily for dropping over 6 seconds in her 50 free!